No matter where you are from, almost everyone loves dessert. Here we recommend a few traditional Japanese desserts to you. Maybe next time you hit a Japanese patisserie, you can have a taste of some of them.

Bocchan dango is a multi-colored variety of popular Japanese dango sweets. It consists of three balls on a skewer, each one with a different color – red, prepared with red bean paste, yellow, prepared with eggs, and green, prepared with green tea.
This dango variety is often associated with the city of Matsuyama, because the sweet treat appears in Natsume Soseki’s 1906 novel Botchan. In the novel, the eponymous hero is a Tokyo academic who is posted to a school in Matsuyama, and he finds great solace in this dessert that now bears his name.

Shio daifuku is a traditional Japanese confectionery which consists of chewy mochi shells filled with creamy or coarse anko red bean paste. Unlike other daifuku varieties, the red bean paste in shio daifuku is lightly salted, which results in an unusual combination of sweet and savory flavors.
They are usually round, and occasionally whole black beans are incorporated in the mochi wrapper. These soft cakes are a staple at many specialized daifuku shops, but they can also be commonly found in many stores and supermarkets throughout the country.

Nerikiri is a Japanese wagashi that should reflect the season it’s being served in. The most popular shape is that of a cherry blossom, called sakura nerikiri, and it can be bought only in spring. Other shapes might include scenery, flowers, and birds.
This wagashi is traditionally made with sweetened white bean paste and glutinous rice flour. Nerikiri is often served at tea ceremonies, but it also makes for a great sweet snack that can be consumed any time of the day.

Imagawayaki is a Japanese snack that is enjoyed throughout the country and is known under various names. The dish consists of a cake-like sponge that is filled with sweetened anko (red bean) mixture. The thick, egg-based batter is poured in special pans, allowing the cake to attain its traditional round form and a crispy shell.
It is believed that imagawayaki first appeared in the 18th century and that it was a predecessor to taiyaki – a similar, fish-shaped treat. Due to its popularity, this traditional treat nowadays comes with various fillings which may include white beans, vanilla-flavored custards, fruits, or even cheese.

Taiyaki is a Japanese fish-shaped cake that is often consumed as a snack, made from flour and filled with azuki sweet bean paste. It is usually served warm and is often found at most taiyaki stands at any winter festival in Japan. Most people believe that this sweet treat originated in Tokyo during the Meiji era, but taiyaki became extremely popular in 1976 with the emergence of a beloved children’s song called Oyoge!
Taiyaki-kun (Swim! Taiyaki). It is said that the best taiyaki is characterized by a crisp shell that has been baked to a golden brown color, and although there are many different flavors and varieties of taiyaki today, the basic taiyaki still remains a favorite.

Warabimochi is a sweet Japanese concoction reminiscent of jelly. It is made from bracken starch, and is traditionally dusted with sweet toasted soybean flour known as kinako. Warabimochi is one of the most popular sweets in the Kansai area, typically consumed in the summertime, since it is praised for its cool, chewy, and soft texture.

The name of the dish comes from an edible wild plant, warabi (bracken), which grows at the sides of rivers and is harvested in late winter. Warabimochi has been present in Japan since before the Heian era, and it was also one of the favorite treats of Emperor Daigo.
Today, it can be bought from numerous street food trucks, which are similar to ice cream trucks in the West.

Higashi are traditional, pressed, dry Japanese sweets usually consisting of sugar and rice flour and often containing 10% or less moisture, meaning they have a very long shelf life. They belong to the group of wagashi – traditional, small Japanese sugary treats.

If higashi is made with wasabon (Japanese premium sugar), it is regarded as the finest variety of higashi. The sweets are characterized by their shape, due to them being pressed into wooden molds, so the sweets take the shape of the mold, mostly flowers and other decorative, natural objects.
Higashi is often served alongside tea, and the recipes for the sweets are typically heavily guarded secrets of the confectionery shops that produce them.

View all posts by lifestylecosmo → Best Interior Apps for Your Next House Renovation A Simple Guide to the Perfect Lighting for Your Home How to Care for Your Wood Furniture 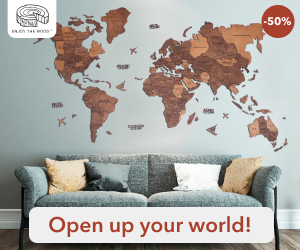